Sanguinaria candensis f.multiplex 'plena' - So good they named it twice 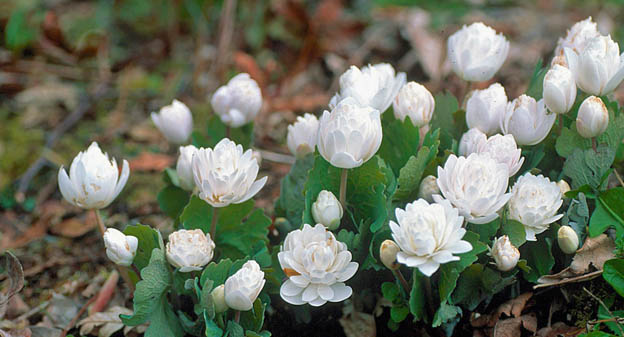 Quite a mouthful of a plant name and a tautology too, that means the name is saying the same thing twice, multiplex and plena both meaning it is a double flowered plant. And yes I had to look that up.

Name aside, this is a stunning rhizomous plant for light shade. Its low growing habit make it ideal for the front of the border or on a shady rockery. The single flowered form found in the wild (double sanguinaria are very rare in the wild) is a traditional medicine of native Americans to treat a diverse range of illnesses and its still used in homeopathy today, it can also be very poisonoius so I would enjoy it as a garden plant!. Its common name bloodroot comes from the blood red colour of it rhizome when cut.

In spring the plant emerges from the ground in an extraodinary display. The greyish green leaves push out of the ground fully formed and wrapped around the stout stem. The cacooned flower buds, prestine, plump and fully formed within push up and burst open before the kidney shaped leaves open out. The flowers are a starburst of purest white and remind me of a miniture water lily. A delight to behold.

It spreads readilly in a leafy soil and will create a good clump in time, I'm told it can self seed as well. Choice and rare, it was named by the RHS as one of the top 200 garden plants. I am building up stocks in the nursery at the moment and hope to have some available soon. 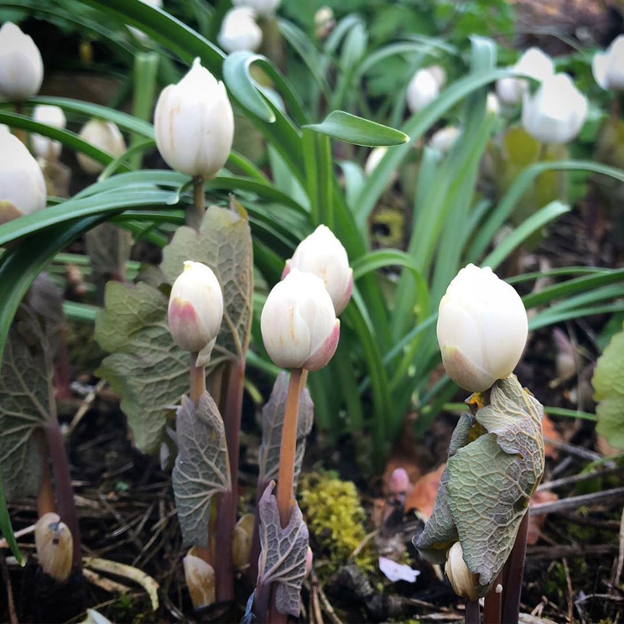