One of the most popular of house plants over the last couple of years, due to its unusual growing structure and unique appearance.

Pilea are an easy house plant to care for as long as you keep it from extremes. It doesn’t like to be sitting in water or bone dry, I find little and often works very well for me. Mine is in a terracotta pot and is quite a mature plant so does dry pretty quickly so water every few days. Its also in a south facing window but shielded from direct sunshine. Mine is quite a bushy plant and I think that is due to it getting plenty of light, and so far haven’t removed any of its offspring. If you do have a pilea that’s a bit more on the leggy side its not a problem and in my eyes adds to the style of their unusual structure, but in time it may need staking. It also good to rotate your plant to stop it growing lopsided, up to a couple of times a week in a perfect world or whenever you think about it in reality, maybe with each watering. I like to feed mine once every few weeks, any balanced house plant food will do, I actually use my general nursery food which I feed all my plants with and it seems very happy. It’s a bit higher in potash which is generally good for flowering of plants but is also beneficial to root growth.

One of the many joys of pilea is its ability to produce babies so readily; giving it is ‘sharing’ or ‘friendship’ plant common names. As they pop up around the pot wait for the stem to get a few centremetres tall and excavate around the base snapping it off from the roots of the parent. Pot them up into a multipurpose (I use a peat free compost) and give them a splash of water. You can either give them to a friend or start a pilea army. 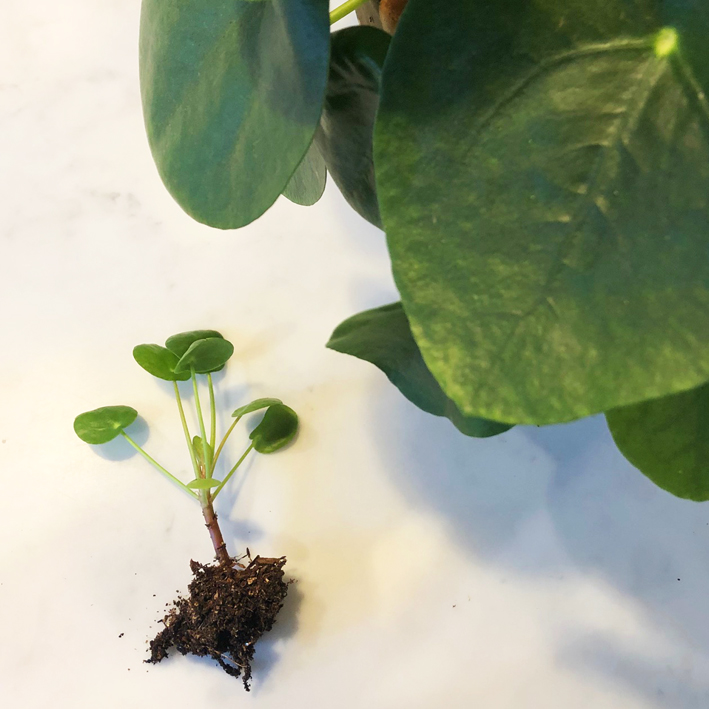 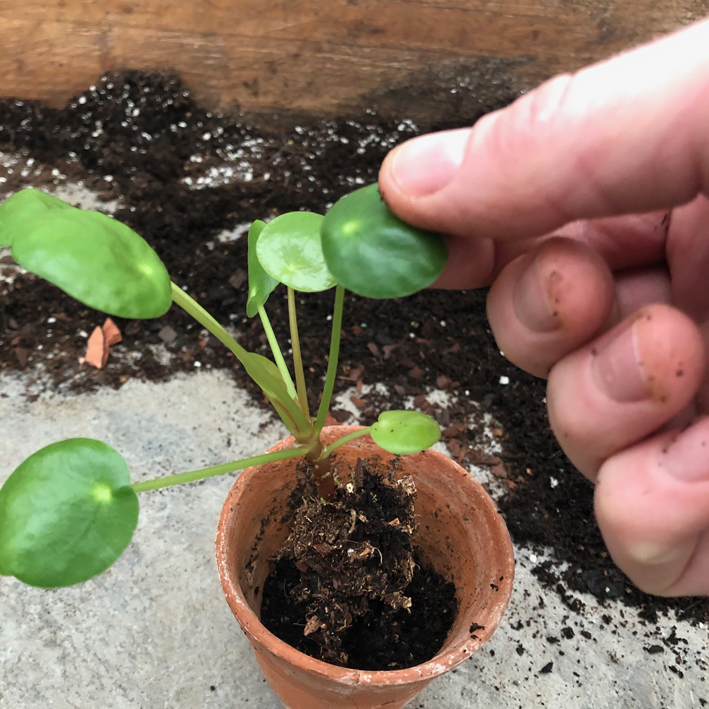 Pilea are native to Yunnan province of southern China where it was first collected by plant hunter George forrest. Later in 1946 a Norwegian missionary took some cuttings by way of India back to Scandinavia where it was used as a house plant. Pilea peperomioides is unusual in that it spread around the western world through propagations by amateur gardeners and until very recently was not well known by western botanists, it wasn’t classified until the 1980’s.